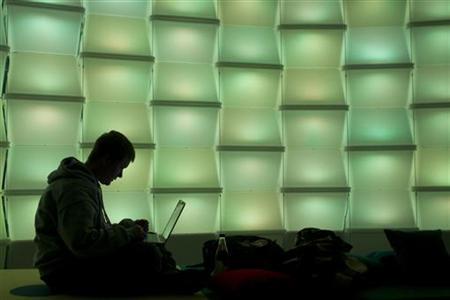 (Reuters) – Silicon Valley venture capitalists are betting big on new technologies to protect computer networks, hoping they will profit from a spate of high-profile cyber attacks on corporate and government bodies.

Many security start-ups are focusing on protection at the network level, rather than individual computers or hardware, spurred by the proliferation of mobile devices and cloud computing trend, where data is stored on the Web.

“It’s an area of huge interest to us,” said Bill Maris, managing partner for Google Ventures (GOOG.O), which earlier this year invested an undisclosed amount in Dasient, a Sunnyvale, California-based company that protects websites from malware attacks.

“It’s a really difficult-to-solve problem … and there’s a lot of opportunity there,” he said.

Venture investment in the information-technology security sector this year looks set to exceed last year’s $432.3 million, after already hitting $147.4 million in the first quarter, according to Thomson Reuters data from the National Venture Capital Association.

While much lower than the billion-dollar levels before the 2008 financial crisis, the numbers show a resurgence of Silicon Valley interest in the sector, fueled by three main factors.

The first is the string of cyber attacks on companies ranging from Citigroup (C.N) to Sony (6758.T), and institutions from the International Monetary Fund to the U.S. Senate.

The second reason is the shift in computing away from desktop computers toward mobile and the cloud, which requires new security systems to match.

The limited battery life of mobile devices boosts the attractiveness of security that runs on the network, rather than hogging battery on the mobile device, said Dasient Chief Executive Paul Stich.

Thirdly, spurring on VCs is the demand from larger technology companies to buy smaller ones that fill gaps in their security portfolios.

Cybersecurity companies such as Sourcefire (FIRE.O) and Websense (WBSN.O) have found favor with investors, and a number of brokerages including Bank of America and Citigroup have recently started rating or upgrading their price targets on these firms.

“There is absolutely no question that this (sector) is going to be at the focal point in the future in terms of investments. Everyone is showing a lot of interest,” said Robert Francello, head of equity trading at Apex Capital in San Francisco.

A number of security firms look set to tap public markets in the next year or so, VC investors say privately.

Last week, Jim Goetz, a partner at Sequoia, said Palo Alto was considering an initial public offering. Representatives for Barracuda and Proofpoint said they did not have timelines for an IPO, and a spokesman for Imperva declined to comment.